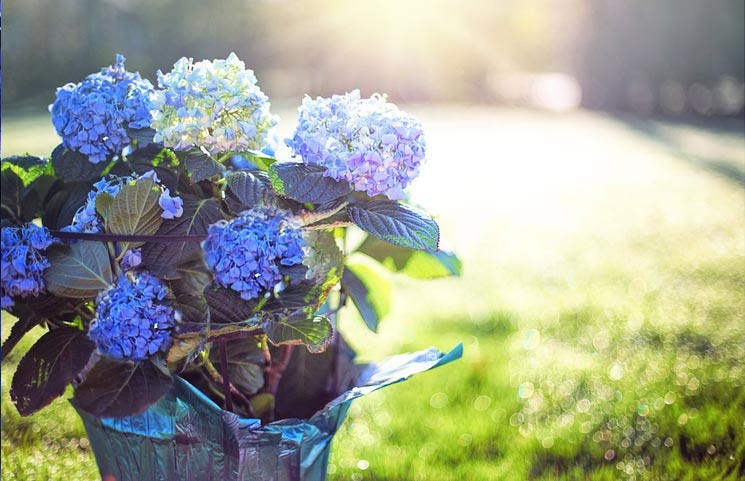 A double-blind study conducted in Korea finds that consuming a hot water Hydrangea leaf extract can reduce wrinkles by improving the skin’s texture, elasticity and hydration. The results of the randomized, placebo-controlled, study were published in Nutrients. They indicate that using 300 to 600 mg of Hydrangea extract for twelve weeks, every day, can considerably improve the skin. The results were compared to a placebo. It seems even more significant results when it comes to skin elasticity were noticed as soon as the dosage of the extract was increased at the end of a 3-month period. Here’s what the researchers who worked on the study wrote:

The scientists who conducted the study also mentioned that Hydrangea serrata leaves have been widely used in traditional medicine practices from China, Korea and Japan. In the US, Hydrangea root supplements are consumed to keep the urinary tract healthy. The same group of researchers performed a previous study on this plant leaves’ health benefits for the skin, on hairless mice and human cells. The study was led by a team of scientists from the Seoul Kyung Hee University and another team from the Department of New Material Development at COSMAXBIO in South Korea, where many ingredients for the most famous beauty brands in the world are being developed.

The study was conducted on 151 subjects who were randomly split into 3 groups: 1 group that took 300 mg of WHS per day for 12 weeks, 1 that took 600 mg of the supplement a day for the same time period, and 1 that was given a placebo for 12 weeks. When compared to the placebo group, the study participants in the first and second groups showed significant reductions in wrinkles, more precisely in crow’s feet, after 8 to 12 weeks of taking the supplement. Besides, the same 2 groups had at the end of the study significantly more hydrated skin too, whereas those who took 600 mg of WHS a day showed also better skin elasticity when compared with the study participants who were on the placebo. Here is what the researchers wrote further:

“Although the underlying mechanisms by which WHS improves skin wrinkles, hydration, elasticity, texture and roughness were not investigated in this clinical trial, we suggest that the WHS supplement may have a positive effect on collagen decomposition based on the previous in vitro and in vivo studies.”

More important is what the researchers added about the safety of Hydrangea extract consumption. They said it’s perfectly safe for humans to take the dosages indicated in the research, as data from toxicology studies performed on rats revealed that consuming this hot water extract orally doesn’t produce any toxicity, nor mortality, when it’s up to 5,000 mg per kg.