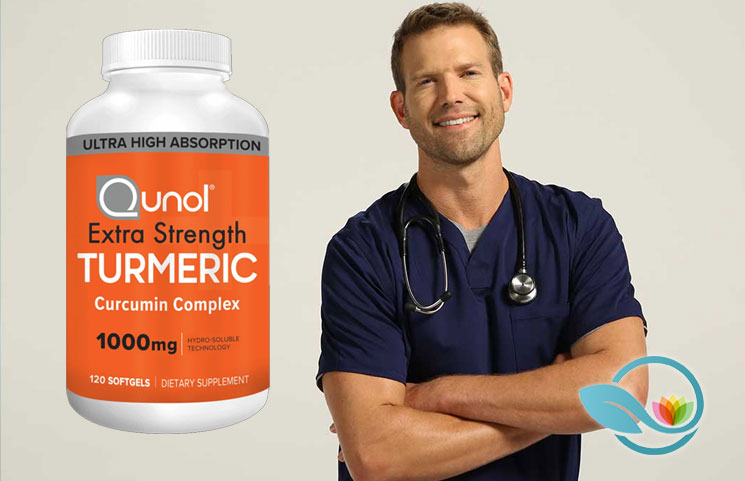 Many people already know Travis Stork, M.D. from his work as the TV host of The Doctors, but they are about to know him for much more. According to a recent press release from PR Newswire, Stork is getting into a partnership with a supplement brand called Qunol, as the twosome push for consumers to be healthier and look better with the new year. The goal of the partnership is that Stork will be able to promote an anti-inflammatory diet amongst consumers, which can help with joint health, bloating, and energy levels.

In the article, Stork spoke on his way of prioritizing his health, explaining that he’s suffered for the last few years with joint pain. For that reason, he feels that it is necessary to take on any activity possible to help reduce that joint pain on a daily basis. He added that he frequently uses turmeric for its ability to reduce inflammation, but the right quantity is rather high to get the reducing desired.

As a remedy, Stork praises Qunol, which is “high in antioxidant-rich curcuminoids and efficiently absorbed into the blood stream.” He added,

“Although it may look like I feel great every day, the reality is that my joints hurt when I wake up, sit for too long, or exercise too hard. If I am going to take a turmeric supplement in addition to eating a healthy diet, I want it to be efficiently absorbed into my bloodstream and for it to have the highest possible ratio of curcuminoids to ensure I get the full anti-inflammatory benefit.”

Turmeric is not highly absorbable in the body, but products like Qunol help consumers to get the necessary support to actually bring down inflammation. By using a diet that focuses on this type of reaction, Stork believes that consumers can also promote a healthy gut. He stated,

“We now know that cutting out processed foods and replacing them with high fiber foods can nourish a healthy gut microbiome, and that lean people have a more diverse microbiome with up to 70% more gut friendly bacteria.”

Most of the foods in this type of diet include nutrient-rich recipes that have a high amount of antioxidants inside. Most commonly, the diet includes produce like dark leafy greens, cruciferous vegetables, berries, almonds, and related foods. It also may include cold water fish, green tea, cinnamon, and other foods rich in nutrients and antioxidants. However, the foods that should be avoided include processed foods, foods high in trans fats, white bread/pasta, high-carb foods, and excessive alcohol.

Generally, Stork’s diet encourages consumers to center their regimen around “whole foods and lots of vegetables.” However, he also includes the use of Qunol’s Unflavored Turmeric Powder when he prepares smoothies and other foods for a boost.