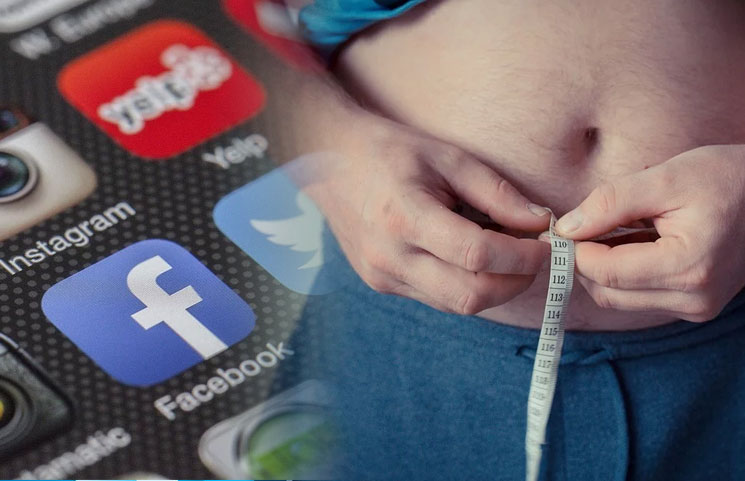 A new study says that it’s likely for social media users to eat healthy or junk foods if they see that their online peers are too. The survey was cross-sectional and published in Appetite peer-reviewed journal. It was conducted by researches from the Aston University’s School of Life and Health Sciences. It involved 369 men and women still in college. The students were asked to estimate just how many vegetables, fruit, high-energy foods and drinks containing sugar their Facebook peers were consuming. Researchers discovered the participants in the study consumed a 5th of the portion of fruits and vegetables their friends on Facebook were eating.

The Same Goes for Junk Food

The study’s subjects’ own eating habits were cross-referenced with the information on their social media accounts. It was observed that those whose friends approved of junk food were consuming more of it themselves. At the same time, those who had friends eating more fruits and vegetables had a healthier diet. It’s very likely their perception comes from seeing their friends posting what they’re eating, as reported by researchers. However, the study didn’t reveal any correlation between the subjects’ BMI and their eating habits. Here’s what the research states:

“These findings suggest that perceived norms concerning actual consumption and norms related to approval may guide consumption of low and high-energy dense foods and beverages differently.”

People Have Their Eating Habits Influenced by Friends

According to the PhD student Lily Hawkins, who was involved in the study with supervisor researcher Dr. Jason Thomas, people are eating more fruit and veggies if they think their friends are consuming them too. On the other hand, they’re inclined to feel it's okay to consume junk food if they see their close friends prefer it also. The study will continue by identifying what impact social media has on weight, according of course, to the eating habits of the participants and the influence of their social media peers.