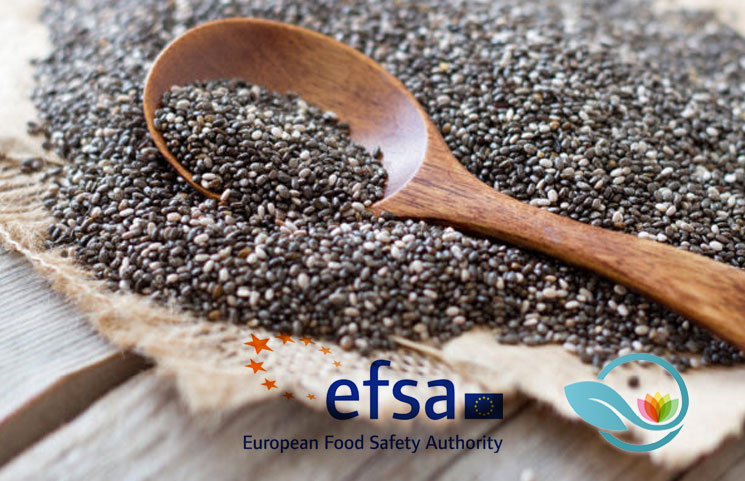 The European Food and Safety Authority (EFSA) released a scientific opinion saying that it is safe to use partially-defatted chia seed powders in food supplements.

EFA’s Panel on Nutrition, Novel Foods, and Food Allergens issued a statement regarding the safety of two types of chia powder obtained from S. hispanica L. whole seeds. These chia powders are safe for general consumption.

The Panel stated, “Taking into account the employed production processes and the compositional data available for chia seeds, the Panel considers the consumption of the NFs not to be nutritionally disadvantageous.”

“Given the source of the Novel Foods (NFs) (i.e. chia seeds) and that the manufacturing processes or compositional data do not raise a safety concern; the Panel considers that no toxicological studies, performed with the NFs, are required.”

Both Xia 435 and Xia 125 are already available in non-European Union markets for quite some time now.

The latest decision of EFSA follows a similar ruling that the body published in April. In that ruling, the Panel decided on the safety of chia oil used in food supplements. The same decision ruled that the maximum safe levels of chia oil are two grams per day.

In the latest ruling, Access Business Group requested the panel to allow the marketing of Xia 435 and Xia 125 chia powders as food supplements with the maximum safe levels of 12 and 7.5 grams per day, respectively. The applicant also requested the inclusion of chia seep powders as ingredients in different food items.

The proposal is to cap the use levels of the NFs between 0.7% and 10% when used in fortified foods, with the general population being the NFs’ intended population.

In addition to its use in food supplements, the petitioner also asked for the inclusion of beverages as one of the uses of both Xia 125 and Xia 435. Access Business Group International aims to obtain 3% and 4% use levels in energy, flavored, sports, and isotonic drinks for Xia 125 and Xia 435, respectively.

What makes the inclusion of chia seed powders in these consumer products is their key characteristics. Xia 125 contains at least 40% proteins, no more than 17% fat, and no more than 22% fiber. This is in addition to its small particle size.

Chia oil and chia seeds have only become popular in the European Union in the last decade.

Germany is the EU’s major importer of chia seeds, sharing 40% of the market. The Netherlands follows with 18%, Spain with 12%, and the United Kingdom with 8%.