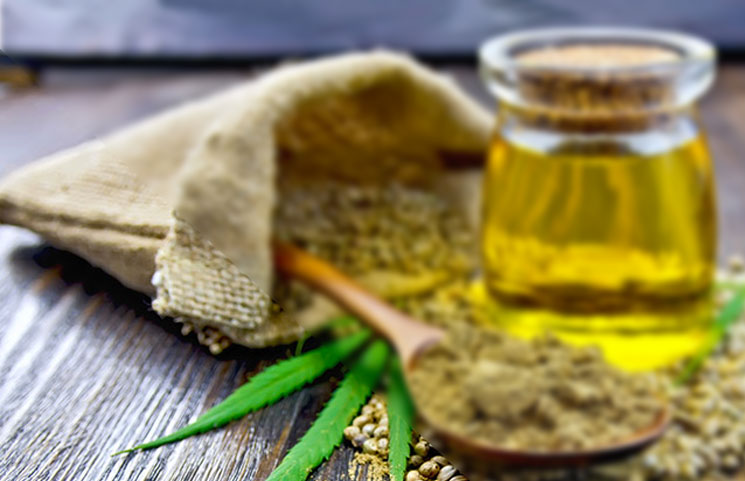 Due to recent legislation that has allowed many states to produce and sell CBD oil products and hemp-related foods and products, there has been a national frenzy to find out more about this exciting substance. The truth is CBD oil (otherwise known as “cannabidiol“) has been around for a long time. It is already a substance that is in our bodies naturally!

That's right. Millions of CBD receptors already exist, and you even get some cannabinoids from some of the foods that you eat. But CBD has had a bad rap due to the way many people still associate it with marijuana or “weed.” It is important to understand that there is a vast difference between the two, which we will discuss in more detail later.

First, let's take a look at how the cannabinoids (the non psychoactive part of the cannabis plant) have the potential to help people feel better. They also may reduce the symptoms of some conditions, and possibly even allow people to live a healthier lifestyle.

CBD has been helpful for many people who suffer from mood swings, anxiety, or other issues with mood or depression. Since there are millions of natural CBD receptors in the brain that affect mood, it is possible that the introduction of CBD into the system may help lower the number of mood swings or depression that some people have. There is a lot of research that still needs to be done, but the current case studies are positive in many regards.

Inflammation is a major factor that is present in many different conditions and diseases. Many studies and subjective reports on the effects of CBD indicate that it may lower the amount of inflammation in the body. While producers of CBD oil can make no claims as a cure or treatment for inflammation and pain, many people who have used it report reduced pain and swelling in the body and the clinical studies seem to indicate that it does reduce inflammation.

Many people who have tried CBD in moderate doses have reported a feeling of improved focus and mental stamina. This may help people because of the way that CBD attaches to the chemicals in the body that act as a catalyst for positive change and balance.

Neurotransmitters are vital for the natural reactions that occur in both the brain and the body. CBD tends to bind with the receptors that naturally produce these essential neurotransmitters such as serotonin and dopamine, to name a few. This may result in an improved feeling and outlook for some patients.

This is the key to the positive results that so many people are getting from the use of CBD oil. Homeostasis is the delicate balance between opposites within the body systems. CBD helps to balance your body systems due to pure biological and physiological principles that can be seen in a lab. CBD itself does not do it. But it feeds the normal ECS (endocannabinoid systems within your body) that are normal and natural processes.

Adenosine increases your level of calmness or sleepiness that occurs before you go to sleep or after a hard day's work. This is why caffeine from coffee or chocolate pep you up, much in the same way CBD does when it inhibits that interaction of Adenosine on your body systems. Again, CBD comes to the rescue to balance the opposites of energy vs. fatigue so that you have a perfect balance. Many people who take CBD as a regular supplement notice that they feel alert but rested, focused by calm, which is the perfect balance of the two.

Adrenaline is what excites us when we are either fearful or excited from some external stimulus. CBD seems to increase adrenaline just enough to keep us alert and active when needed for our survival and health.

Dopamine is a neurotransmitter that communicates with other parts of the body and the brain. It produces a “feel good” feeling in our brain. People with more dopamine tend to be less depressed. If CBD increases the potential release of Dopamine, then that would be a good thing. And it does appear to do so in some tests.

Glutamate receptors bind with CBD as well that helps improve the chemistry of your body to produce just the right amount of sugar. This could be helpful to people with diabetes or glucose health issues.

Serotonin deficiency is responsible for SAD (seasonal affective disorder) and other diseases and conditions that stem from depression. Some believe that serotonin is increased by using CBD as a catalyst for this process.

GPR55 is an enzyme that may increase the production of cancer cells. So CBD may act as a catalyst in this way as well. Imagine if there was a drug or substance that could stop the growth and spread of cancer cells. Is it possible that CBD is the potential “fountain of youth?”

It is well documented that CBD has been proven to help improve and lessen epileptic seizures in children and others. This is the reason the FDA approved CBD as a valid solution for the treatment of epilepsy.

Autism, which is a brain-based disorder, may be improved by the use of CBD because of its potential ability to calm the systems that are too active and to excite the systems that need to be excited. This is what homeostasis is all about, and CBD can help restore this damage.

Many people have reported that they feel relief from arthritic pain when using moderate doses of CBD regularly. This may also improve their mobility.

There have been millions of dollars of research done on MS and possible cures. But medical research has only made minute progress in the grand scheme of things. CBD offers some promising results in some situations that may suggest MS patients can be helped by it.

Some people living with Parkinson's Disease have reported improved motor ability, fewer tremors or jerks, and a reduction in the stiffness of muscular groups.

PTSD affects thousands of people in the world and is usually due to having suffered from a traumatic event. Since CBD restores the level of balance of chemicals in the brain, it is possible that PTSD can be helped by reducing the level of inflammation, fear-producing chemicals, and other factors that seem to increase PTSD episodes.

Regulating your blood pressure is a good thing for most people. CBD has been shown to reduce blood pressure among some patients who have a problem with hypertension. This may also reduce the probability of developing more serious problems such as heart disease and stroke.

If you could reduce the symptoms and effects of diabetes, what would that do for you? Many physicians are not prescribing CBD as a medicinal approach to diabetes. More research should reveal how CBD may help regulate sugar and glucose within the body naturally and perhaps insulin may someday be a thing of the past.

Many people take CBD for their stomach disorders such as “leaky gut,” Crohn's Disease, and others. CBD seems to offer a solution for these disorders that ordinary medications cannot do because it improves the problem rather than just alleviate the symptoms.

Bipolar disorder (formerly known as “manic depression”) is a psychotic disorder that affects thousands of people around the world. Some doctors have found that prescribing CBD or similar substances for their patients has resulted in a decreased sensitivity to the symptoms of bipolar disorder.

Schizophrenia is a serious disorder that causes a person to be very paranoid and to react in a violent way when feeling threatened. Since studies have shown that CBD may reduce the fear reaction in many people (and rats) in studies regarding CBD, it is possible it may also help people with overactive brains in the frontal lobe that are responsible for the fear reaction. While no claims can be made of a cure, there is hope that more research will show its effectiveness with this debilitation disorder.

Studies regarding anxiety-producing events such as the fear of speaking publicly and other anxiety contexts have resulted in reduced fear responses in control groups after given CBD immediately following the event. Further, many researchers believe that future results may illustrate clearly that CBD can serve as a regular supplement that may help keep people from experiencing anxiety on a larger scale.

The best effect that has been observed from CBD is the general improvements of a person's demeanor and feeling of well-being. CBD itself is not what does it. It is the natural ECS receptors that CBD attached to that creates the homeostasis within your body. But whatever the reason, making people feel so much better seems to be the result, and that cannot be bad.

How Does CBD Work?

It activates the normal ECD (CB1 and CB2 receptors) in the body and the brain that help restore the body to a state of balance (homeostasis). It ‘understands' when your body is out of balance such as is the case with inflammation. It balances the tendency to produce inflammation and reduces the results at the cellular level.

What is an ISO Accredited Lab?

An ISO lab is a lab that has been approved by research organizations to carry out tests and sampling to determine the potential effectiveness of cannabinoids. ISO is the standard that labs must follow to stay within the medical standards for research on CBD products. Additionally, ISO accredited labs can disclose all of their ingredients to the public so that there is an increased level of credibility as to what goes into it.

One company that does this regularly is CBD Meds, which follows the laws and ethics set forth by the federal and state regulatory bodies and they focus on producing only supplement related products that are safe and that have been shown to result in potentially healthy results for patients.

The Difference Between THC and CBD Products

It is important to note that THC products are far different from CBD products. THC is the psychoactive ingredient that produces a “high” or feeling of euphoria that is common in marijuana. This is not marijuana, though it comes from the same plant. The THC is “weeded out” (no pun intended) at the time of creation and manufacturing so that the result you get in CBD is all of the good parts of the cannabis plant with none of the psychotropic elements!

As with any drug, food supplement, or vitamin, you should consult with your doctor if you plan to stop, start, or increase or decrease any substance. It is possible that CBD could interfere with some medications that you are already taking, though this is rare when under 200 mg, according to physicians.

Remember, CBD is now legal in almost every state. Just be sure to check your state regulations to see where your state stands on this legislation.

That being said, do some research for yourself and decide if it is something you may want to try. With this overwhelming list of positive benefits that it may produce in the body, it is certainly worth a second look!

www.youtube.com/watch?v=O0ozrorl0DM (Excellent video about the differences between THC and CBD components)