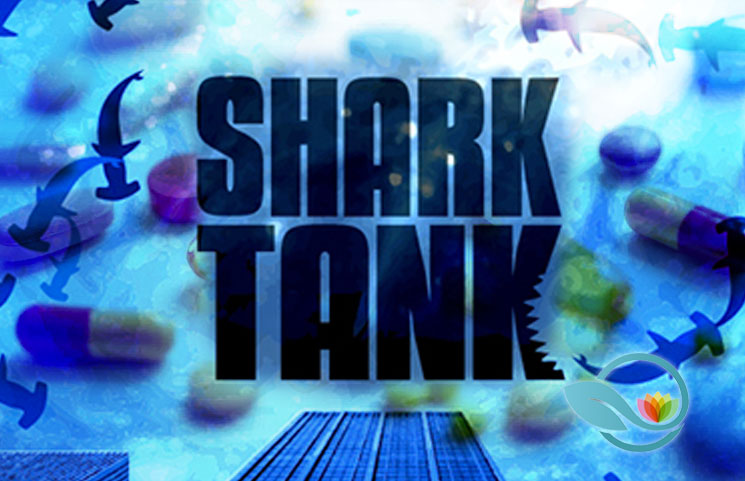 We’ve seen an alarming trend in recent weeks: dozens of keto supplements are marketing themselves online by claiming they were featured on Shark Tank.

Today, scammers are trying to capitalize on the keyword “Shark Tank keto”. One of the first results for that search term, for example, is a diet pill sold on Amazon that is calling itself “Shark Tank Keto”. The search results page is dominated by paid advertisements for sleazy keto diet pills.

The problem is all traced back to a 2018 episode of the popular ABC show Shark Tank, where entrepreneurs pitch their ideas to a team of investors.

In November 2018, a company called Honest Keto Diet was featured on one episode of the show. The company claimed their diet pills could activate your body’s natural state of ketosis: instead of just eating foods or fasting to activate ketosis, you could flood your body with valuable ketones to enter ketosis.

In other words, Honest Keto Diet was selling a diet pill that claimed to activate your body’s natural fat burning with no major diet or exercise changes required. All you had to do was pop the pill. It’s easy to see why it became popular.

Fueled by the success of the Honest Keto Diet supplement, a number of shady diet pill manufacturers have rushed into the space. These diet pill manufacturers make similar promises: they sell pills that purportedly contain ketones that supress your appetite, for example. In reality, many of the diet pills are just caffeine pills that trick your body into thinking it has more energy. Other diet pills are just low-powered multivitamins.

As of June 2019, only one keto supplement has ever been featured on Shark Tank. That supplement is called Keto Advanced Weight Loss, and it’s made by a company called Honest Keto Diet.

You can buy 60 capsules of the supplement online through Amazon.com. The supplement claims to contain BHB ketones that help your body naturally enter ketosis, burning fat and increasing your energy.

The supplement’s power comes from its BHB salts. Here’s how Honest Keto Diet explains it:

BHB, for those outside of the keto community, is a trendy chemical compound officially known as beta-hydroxybutyrate. In recent months, the compound has surged in popularity among keto dieters. Many people take keto BHB supplements. By taking pills daily, you can encourage your body to enter a state of fat burning ketosis.

Other key features of the Honest Keto Diet Advanced Weight Loss supplement include:

As you can see, the manufacturer is advertising the supplement as a type of miracle diet pill: by taking the pill daily, you can burn fat, clear away brain fog, and even lose weight in specific targeted areas of the body.

Everything we have read about the Honest Keto Diet supplement appears too good to be true. So what does the science say?

When your body is in a state of starvation, it will use ketones for energy. Your body burns ketones and turns them into glucose. In this state, the ketones in your bloodstream will stimulate an increase in leptin (the hormone that makes you feel full) while decreasing ghrelin (the hormone that makes you feel hungry). As the concentration of ketones rises, you feel less hungry.

Ketone supplements are based on a similar idea: you can take supplements to enhance your body’s natural biological processes. By taking ketones, you can decrease your appetite without actually consuming food.

Beta-hydroxybutyrate, or BHB, is one such ketone. By taking a diet pill loaded with BHB ketones, you’re filling your body with ketones that should suppress hunger and increase satiety.

So what’s the catch?

There are two catches behind the keto diet:

Catch #1: You Feel Hungrier After the Keto Diet than Before You Started

First, once you stop following the keto diet, your appetite-suppressing hormones will spike up higher than your basement, which means you’re going to feel physically hungrier than before you started the keto diet. This effect was observed in a study published in the International Journal of Obesity in 2017. After following the keto diet for several weeks, researchers found that participants had higher levels of hunger once they began to follow a normal diet again.

The second catch is that you don’t really need fancy keto supplements to enjoy the effects of BHB ketones. Your body actually produces these ketones naturally. As pointed out by Good Housekeeping, you probably already have ketone diet pills in your pantry. Most keto diet pills just contain electrolytes or vitamins, for example.

These diet pills are scams. Here are some of the reasons they’re dangerous:

Auto Shipment Programs and Secret Credit Card Charges: Many diet pill companies claim to offer a “free trial” if you just pay a $5 or $10 shipping fee today. In reality, the company will automatically ship future diet pill packages to your address at a later date, charging your credit card hundreds of dollars while hoping you don’t notice. This is legal because you checked a box claiming you read the terms and conditions, and that document listed all of these fees in the fine print.

Other Hidden Fees: We’ve seen other diet pill companies that refuse to disclose certain fees. One diet pill that claimed to have been featured on Shark Tank, for example, charged $29 per bottle but refused to disclose shipping charges and other fees upfront.

After a bit of research, it appears there has been one other keto company featured on Shark Tank: Nui.

By the end of the episode, the company had landed a $300,000 investment from guest judge and former MLB star Alex Rodriguez, who claimed his then-girlfriend Jennifer Lopez was a huge cookie fan.

As far as we can tell, Nui and Honest Keto Diet are the only two keto companies to have been featured on Shark Tank.

Overall, there has been limited scientific research connecting oral BHB supplements to weight loss benefits. Studies have shown that following the keto diet can cause certain ketone levels to rise, and that certain ketones can suppress appetite, but few studies have definitively shown this leads to real weight loss results.

It’s also important to be wary of diet pill supplement scams: today, dozens of shady manufacturers are marketing themselves as the “Shark Tank keto diet pill”.

In reality, only one keto diet pill manufacturer has ever been featured on Shark Tank, and that company is Honest Keto Diet. You can buy Honest Keto Diet’s Keto Advanced Weight Loss supplement from Amazon, where it’s sold in packages of 60 capsules. However, the supplement is marketed online with unrealistic, unproven claims – including “targeted” weight loss and better mental clarity.