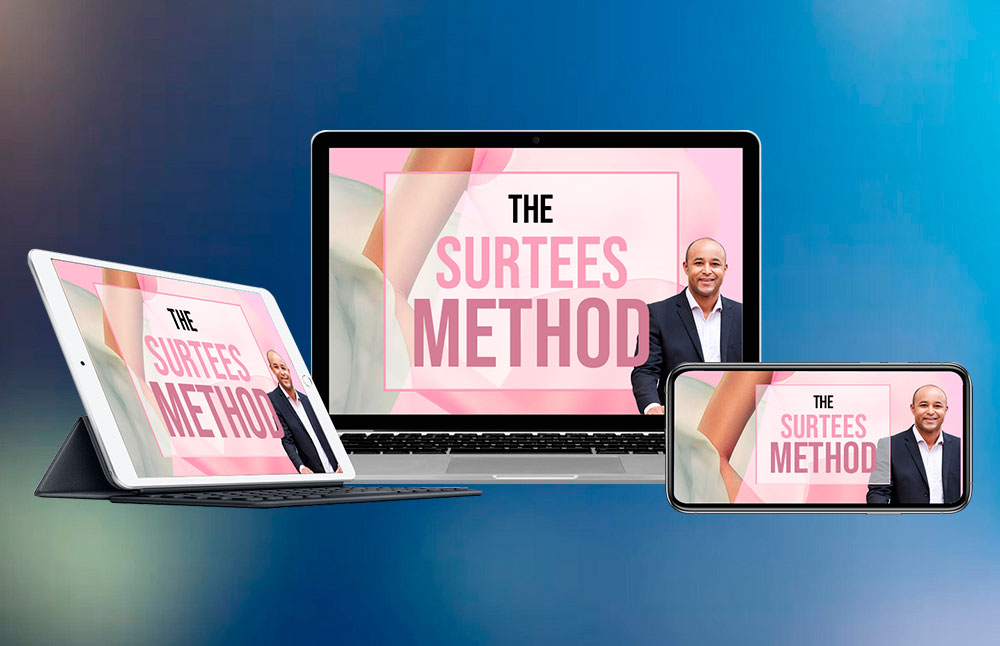 The Surtees Method claims to be one of the most successful weight loss solutions based on hypnosis. Aaron Surtees is a BSc Hons Psy developed Dip.Hyp., and the creator of the program. The Surtees Method consists of two main components, Advanced hypnotic techniques, and Mind programming. According to results obtained at Aaron’s City Hypnosis clinic, these two components together have a 92% success rate for weight loss.

Who Is Aaron Surtees?

As the City Hypnosis clinic’s official website says, Aaron Surtees is the highest recommended Hypnotherapist in the UK. He is regularly invited to Channel 4 to talk for the How to Lose Weight Well show and has made many other media and TV appearances as well. His clinic’s website says many doctors have referred their patients to Aaron because he has a very high success rate. Some of these patients are very famous people, such as Charlie Brooker, Anthony McPartlin, and others. Aaron’s practice, the City Hypnosis Clinic, has won many awards and is located in Central London.

Furthermore, Aaron studied Psychology and Health combined with Sociology at one of the UK’s leading universities, the University of Southampton. He is also a Russel Group member and trained at the highest levels of Clinical Hypnotherapy. Aaron has 20 years of hypnosis experience and has helped thousands of people with his weight loss programs, with his work regularly mentioned in the media. His areas of expertise are Personal Development, Weight Loss, Thought Transformation, Fears and Phobias, and Psychosexual issues.

Here are The Surtees Method’s benefits and features, as mentioned on the City Hypnosis clinic’s official website:

What Do People Need to Know About Hypnosis?

For those who don’t know, hypnosis is a state of relaxed awareness. When hypnotized, people are physically relaxed, but their minds remain alert and become much more receptive to any hypnotic suggestion. It should be noted that during the hypnosis practiced in The Surtees Method, people are in total control. Hypnosis has been proven to be of great help when dealing with many problems. It increases the power of concentration, and it’s even termed in the sphere of therapy as hypnotherapy. Hypnosis involves hypnotic induction, in which preliminary instructions and suggestions are given. Many people have no idea what hypnosis is about. Some see it as a non-medical method of dealing with addictions and phobias, but Aaron Surtees says it has much broader uses.

How Does The Surtees Method Work?

According to Aaron, it doesn’t matter if people lack self-confidence, suffer from an addiction, are vulnerable to anxiety and stress, need to lose weight, or fear failure. They need to understand it’s their mind that’s building barriers. But by working with hypnosis, these barriers can be destroyed so that the person is no longer limited. The Surtees Method uses techniques such as anchoring, suggestion, and visualization. Simultaneously, it reprograms the subconscious mind to operate according to suggestions, presentations on The Surtees Method are explaining. All these don’t only help develop more self-confidence, but they’re also great for controlling stress and putting an end to overeating.

Aaron has said hypnotic visualization, together with hypnotic anchoring, is based on the image pictured by the individual. When, for instance, someone is hypnotized with either visualization or anchoring and imagines him or herself slim, then it will become easier for that person to lose weight by sticking to healthy eating and no longer have cravings. It should be noted anchors can be long-term and consistent habits. According to Aaron, some people are more open and vulnerable to be hypnotized than others. And these are the ones who are going to feel the positive effects of hypnosis more. This means those who are trying to lose weight by working with The Surtees Method need to believe in the power of hypnosis, open their mind, and avoid being cynical when talking about hypnotherapy.

Can The Surtees Method Really Do the Trick?

While there are thousands of weight loss apps out there, many of them have been given a try and without any success. According to a U.S. study that introduced more than 200 people with a high body mass index (BMI) to MyFitnessPal, significant weight results haven’t been noticed in those who have worked with the app. After only one month of use, fewer and fewer participants to the study even logged in to the app. While apps can be practical indeed, especially when it comes to counting calories, nothing can take the place of health practitioners and therapists, especially as far as offering support and encouragement in the weight loss journey go.

With weight loss hypnosis programs that feature the voice of a professional hypnotherapist, as The Surtees Method does, people gain direct access to all the support they may need, not to mention they’re training their minds to have the healthiest relationship with food. This means dieting no longer feels like dieting, which can be a burden indeed. Allegedly, changes in eating lifestyle and habits will occur because this is what the subconscious mind is dictating.

At the moment, The Surtees Method is available for all those who want to lose weight at the amazing price of $37 + $7.03 VAT, so a total of $44.03, which can be paid via credit or debit card, as well as PayPal. The program comes in digital format, including materials that can be downloaded onto any device. A 60-day money-back guarantee covers the product. Contact Aaron Surtees and his team at the City Hypnosis Clinic, through the following means of communication:

To learn more about the Surtees Method, visit the official website, here.