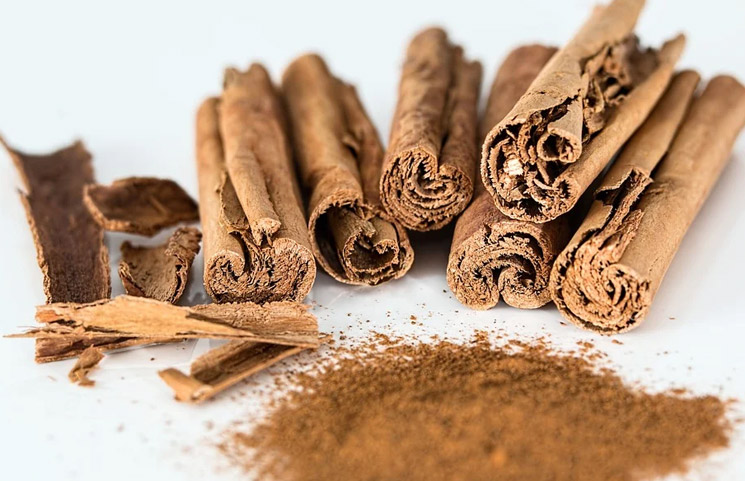 As per a new clinical study says, cinnamon may improve the blood sugar levels of prediabetic people, this way reducing their risk of getting type 2 diabetes. Over 460 million adults all over the world have diabetes, this disease being the 7th leading cause of different disabilities. Getting from the prediabetic stage to type 2 diabetes can be prevented by changing one’s lifestyle.

However, there’s still a lot to know about how its progression can be prevented in a cost-effective, durable, and safe manner. Many studies, including the one mentioned earlier, have shown that cinnamon has the potential of reducing postprandial levels of glucose in the blood.

However, other studies previously conducted on cinnamon’s effects over the blood glucose levels in patients with prediabetes were somewhat contradictory. The latest research was placebo-controlled and double-blind. It looked at 54 adults with prediabetes, people aged between 20 and 70 years of age, and who were recruited by scientists from the Boston-based Joslin Diabetes Center, also the Kyung Hee University Medical Center from Seoul, South Korea. 500 mg of cinnamon or placebo has been administered every day for 12 weeks.

When test results of cinnamon consumers were compared with those of the subjects on the placebo, favorable changes were registered in the glucose homeostasis measures, obviously in the first group. The study’s findings set a foundation for a larger and longer RCT that looks at the effects of cinnamon in patients with prediabetes and at risk of developing type 2 diabetes. According to the study’s authors, this is the largest RCT that tested how cinnamon influences the glucose homeostasis in pre-diabetic people, also those with other abnormalities such as IGT, IFG, or both.

The results of the latest study are very much similar to the ones from another Roussel et al., one that shown FPG decreases in participants who consumed 500 mg of Cinnulin a day for 12 weeks. These participants had impaired fasting glucose. There’s another previous study that shown cinnamon extract causes the GLUT-4 in 3T3-LQ adipocytes to undergo membrane translocation. It also revealed the correction of glucose intolerance in rats with type 2 diabetes.

The latest study further says there’s a correlation between PG and the reduction of serum protein carbonylation after 2 hours from the oral glucose tolerance test (OGTT), which indicates cinnamon influences the body’s glucose tolerance.

Meanwhile, the study’s authors say there are limitations to their trials, including the one of a short time frame, which impeded them from drawing any conclusion on what long-term effects cinnamon has in prediabetic patients and the progression of type 2 diabetes. Besides, the experimenting involved in the study didn’t bring any clarification in the action mechanisms of cinnamon over blood glucose levels so that this matter will be studied further, very likely in the future.