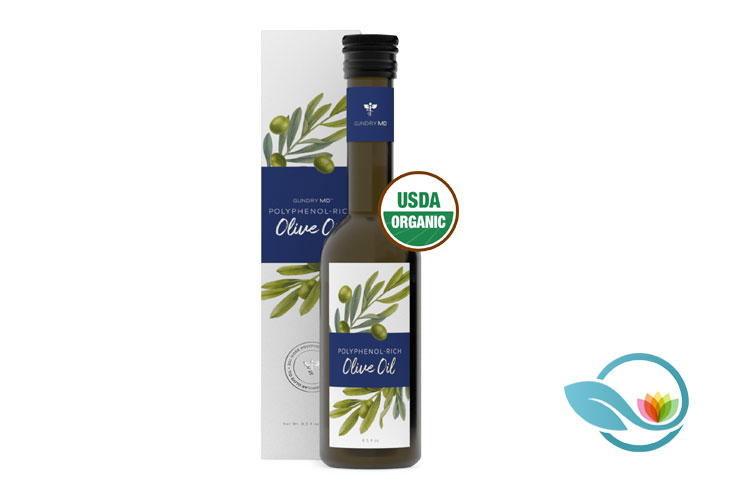 Gundry MD, founded by Dr. Steven Gundry, flourished into existence with the goal of improving human health, happiness and quality of life – all by focusing on diet and nutrition. With his specialization in heart surgery, he realized over time that simple changes are all it takes to promote wellness. Bearing this in mind, he decided to drop everything and study human microbiomes.

That said, here’s the doctor’s approach to olive oil, which he calls, “Gundry MD Olive Oil.” The purpose of this review to further understand what makes this olive oil unique compared to the number of others already found on numerous grocery store shelves. Some of the areas that will be expounded upon are its features, and approach taken compared to others.

According to the claims made, the Gundry MD Olive Oil was designed to promote a healthy heart, smoother skin and stronger muscles. This is an extra virgin olive oil has been certified USDA organic and is said to carry 30 times more polyphenols compared to that of a no-name brand.

As for the source of olives used, the team revealed that Moroccan olive trees were cultivated. The reason for choosing the North African country bordering the North Atlantic Ocean and Mediterranean Sea rests in its tough environment, which supposedly forces “trees into survival mode”. The latter is what supposedly gives the Gundry MD Olive Oil its excessive source of polyphenols.

Bearing the aforementioned in mind, this leads us to wonder about two things: extra virgin olive oil and polyphenols.

What is the Difference Between Extra Virgin and Regular Olive Oil?

The difference between extra virgin olive oil and olive oil rests in the overall manufacturing process. The former is supposedly in its purest form containing only cold-pressed olives, whereas the latter contains a blend of cold-pressed and processed oils.

While the Food and Drug Administration (FDA) disclosed that two tablespoons of olive oil per day has the ability to reduce the chances of a heart attack, the added benefits in extra virgin olive oils, i.e. polyphenols, ensures that the body responds smoothly to oxidative stress.

What does Polyphenols Mean for Consumers?

Polyphenols are a type of micronutrients that carry a rich antioxidant profile. In addition to its ability to gradually rid one of heart disease risk, it is also deemed effective in increasing one’s energy levels, helping with weight management goals and treating digestive discomforts.

After having branched out the different Gundry MD Olive Oil facets, the approach taken is clearly indicative of the brand’s overall goals.

For instance, instead of choosing olive oil, Dr. Steven Gundry went with extra virgin, for the sole purpose of antioxidants (i.e. polyphenols). This component alone works with the body in a number of ways including boosting its defense mechanism, protecting cells and playing a vital role in heart health.

Interestingly, the thought process in even picking where the olives come from is commendable, because of the quality of polyphenols that Gundry MD was seeking. All that said, the current going price is roughly $49.95 (with applicable shipping fees).

To learn more about the ways to use the Gundry MD Olive Oil, visit here.