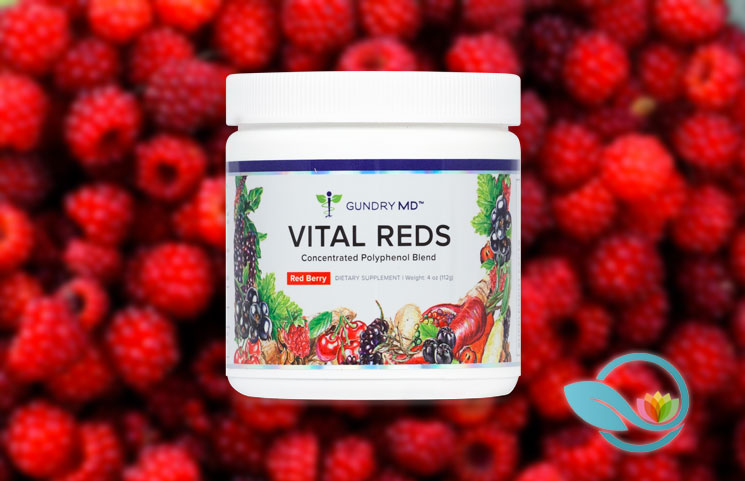 In today’s society, more and more consumers are leaning towards a healthier lifestyle, whether this implies being more active or changing their food intake. Unfortunately, the definition of “healthy” has changed over time. Products today are being labelled either “healthy” or “life-changing” only to find out that they are truly the opposite.

According to Dr. Steven Gundry, author of, “Dr Gundry’s Diet Evolution” and a practitioner of over 20 years of experience, the one complaint many of his patients have addressed is low energy. Once an anti-supplements guy, today, he has become more open to the idea of supplements intake. However, it took him years of research to fully distinguish the difference between good and bad supplements.

All this being said, he has come up with the Gundry MD’s Vital Reds, which has been thought of as a solution to not only low energy, but other conditions such as poor metabolism and joint health, increased inflammation, degrading skin health and much more.

The purpose of this review is to further understand what factors of the Gundry MD’s Vital Reds help to improve one’s overall health, while also emphasizing on some of the tips the doctor himself has provided in terms of foods one should avoid.

What is Gundry MD’s Vital Reds?

As described by Dr. Steven Gundry, the Vital Reds is a dietary supplement that overcomes low energy levels. It supposedly contains 24 polyphenol-rich super fruits, along with natural fat-burning ingredients and a rich source of probiotics. The secret here, which requires highlighting, is the use of polyphenol.

Polyphenols have been described as naturally-occurring chemicals derived from plants. They can be further classified into four groups, as per Medical News Today, including flavonoids, phenolic acids, stilbenes and lignans.

The Vital Reds’ rich source of polyphenols are derived from dark berries, which according to Dr. Gundry carries the most-dense nutrients possible. Some of the benefits that he has witnessed in his years of practice include but are not limited to: lowered risk of heart disease, boost in metabolic function, improved joint and skin health and much more.

The important takeaway here is Vital Reds potential ability to boost one’s metabolism. Why? This is because the body is now permitted to naturally accelerate its ability to produce energy, which beats caffeine’s temporary spike.

How to Take Vital Reds?

As per the claims made, Vital Reds is made in a dissolvable powder form, which makes it ideal for smoothies, or simply mixing in water. This respective dietary supplement has been deemed free of soy, artificial sweeteners and lectin – all of which Dr. Gundry advises his patients against.

What Superfoods Should Consumers Avoid?

The reason why Vital Reds is soy and lectin free is because these are some of many ingredients that Dr. Gundry wants consumers to avoid.

Based on his experiences, soy products should be eliminated because they induce digestive problems, immune system breakdowns and even cancer. The reason this is so is because of the presence of phytoestrogen, which is known to disrupt thyroid gland and fertility while contributing to weight gain. The disruption in one’s thyroid gland is a problem, as it is the main contributor of energy.

The second ingredient consumers are advised against is wheat grass. He kept it short and sweet as to why humans should not take it to begin with, and again this has to do with one’s ability to digest. More specifically, he argues that humans are not designed to digest grass, adding that its consumption brings no apparent health benefits.

Finally, consumers are suggested to avoid the intake of goji berries merely because they carry no viable evidence for improved health. In fact, the doctor claims that they are high in lectins, an ingredient that the Vital Reds is free of because they are nothing more than “toxic allergens”.

As shared by the specialist, the intake of lectins can potentially lead to a disruption in one’s immune system, while ridding the body of its ability to self-heal. While many of our foods today do contain lectins, if excessively ingested, consumers may be left with massive inflammation, muscle and joint pain, skin disorders, and weak blood vessels.

Overall, Gundry MD’s Vital Reds appears to be worth checking out, as the claims made appear to be based off of actual findings and clinical studies. The chosen fruits all carry one common chemical: polyphenol, which has been deemed a solution for a number of health concerns, primarily low energy levels. While convenience is evident in said forms of consumption, consumers are always advised to take in whole fruits as well, as the latter can never be fully replaced.