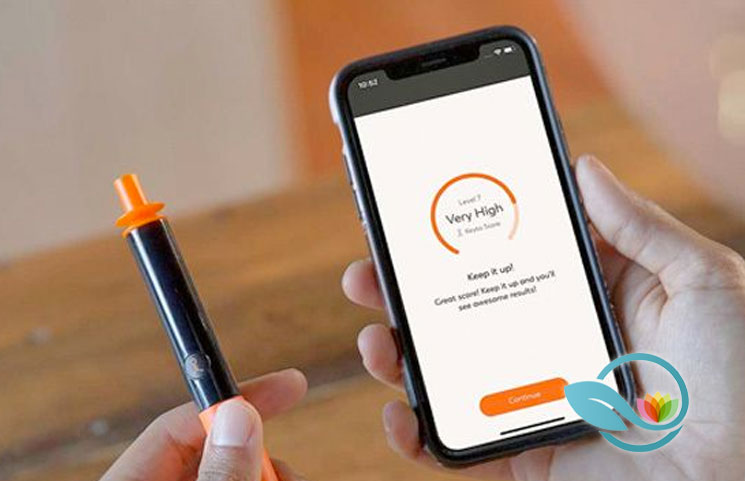 Have you ever considered taking part in the ketogenic diet? If so, were you ever confused as to how to start, especially when it comes to the macronutrients?

As defined by Health Line, the ketogenic diet, popularly referred to as the “keto” diet requires consumers to drastically reduce their carbohydrates intake, while increasing their fat and maintaining their protein intake. While many articles have expounded on the levels of macronutrients, very few seem to have elaborated on how intake differs from one body weight to another.

With several variations on the keto diet available, knowing the exact measurements on an individualistic basis becomes troublesome. This no longer needs to be difficult, as a device called Keyto has supposedly left many astounded with their ability to track progress.

To understand the Keyto, more emphasis needs to be placed on its foundation and mechanism. The following review will look closely at what the Keyto is, how it works and many other crucial factors that could aid one in assessing whether or not the device can be of use.

What is the Keyto?

The Keyto is deemed a handheld device that tells consumers how much fat they have burned. In combination with an application, the information provided by the Keyto can be further analyzed to help consumers understand where tweaks in their current meal plans need to be made.

Before looking into how the Keyto works, it is important to have a basic understanding of the keto diet itself. The reason why this diet is popular is because of the body’s ability to burn more fat. Carbohydrates are known for their ability to provide energy to the body, unfortunately, if overconsumed, what doesn’t get burned will be stored in the form of fat. In order to avoid said storage, one would take part in the keto diet.

By limiting one’s carbohydrates intake, the body gets stuck in a position where it needs to find the closest source of energy. Due to the lack of carbohydrates present, the body will turn to fat storage for energy, which is referred to as ketosis – a metabolic state in which energy is derived from ketone bodies in the blood as opposed to glycolysis.

The problem with guess work is that too much of any macronutrient can disrupt the ketosis process. For instance, it has been revealed that excessive protein intake can prevent one from getting into the ketosis state, converting its amino acids into glucose. The reason why healthy fat is highlighted in this diet, if not stressed to range anywhere between 50 and 75% of the diet, is due to the low carbohydrates intake.

All this being said, the ranges differ across one’s goal, calorie intake and one’s current body composition. At this point, most people have come to the realization that standing on scale is meaningless, considering the fact that it reflects fat, muscles, water, etc. This is why a device like Keyto can be helpful.

Things to Know About Keyto

Keyto works by measuring acetone levels in one’s breath upon blowing into the device. This is deemed an indicator of whether or not a consumer is in the ketosis process and at what level.

According to Medical News Today, when the body breaks down fat, there is a sweeter smell to one’s breath. This is an indicator that the body is releasing acetone, which is a type of ketone.

The level of ketosis is important as well, as a high level into the process can supposedly become toxic, which means consumers need to tone it down. As for how this is reflected via the Keyto, consumers will be notified of the levels ranging anywhere between 1 and 10 as seen in the left.

Instead of providing acetone measurements in parts per million (ppm), which is not something the general public is accustom to, the creators, Ethan Weiss, and Ray Wu have come up with the aforementioned levels.

2) Transfer of Information Between Keyto and the Application

The app associated with the device is also called, “Keyto,” which is currently available on both the App Store and Google Play. According to the claims made, the transfer of information from the device to the application is done wirelessly through the use of Bluetooth technology.

Keyto was initially advertised on Indiegogo. Since there only remains 1000 devices in stock, the team has decided to offer it at a price of $99. This price not only covers the cost of the device, but also provides consumers with unlimited access to their Keyto readings and tracking along with a one-month free access to the app’s premium features.

Based on the aforementioned breakdown, it is clear that Keyto has the potential to serve as a viable tracking tool, which allows consumers to monitor progress. With the Keyto, guess work immediately gets eliminated, while ensuring that consumers are effectively making use of the keto diet. Most importantly, it allows one to readjust their intake in an accurate manner that neither compromises one’s overall health nor one’s goals.