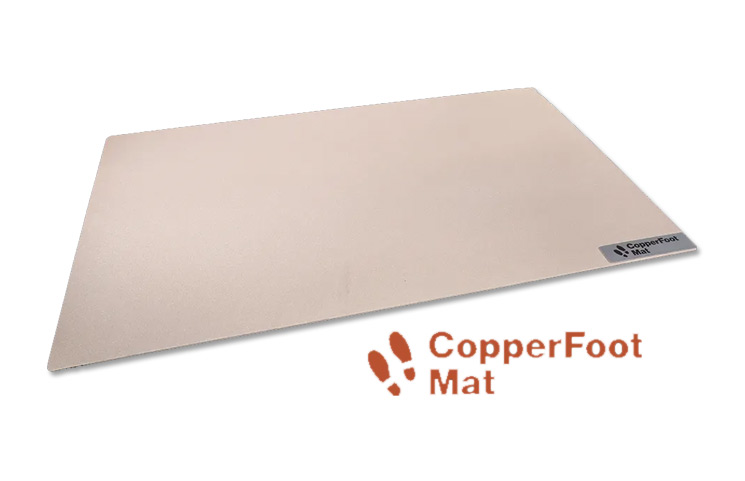 Did you know that 99.9% of bacteria can be brought into the home by both humans and pets? The Aereus Technologies Company introduces the CopperFoot and CopperPaw Mats and is made with a patent-pending technology using CuVerro Shield™ copper. The bottoms of shoes and pets’ paws carry tremendous amounts of bacteria. These bacteria are very harmful and may cause many diseases that are accompanied by serious symptoms, from diarrhea to urinary tract infections, even infections in the bloodstream, which are known to cause death if left untreated.

Why Are Bacteria So Dangerous?

The bacteria brought home on people’s shoes and pets’ paws can cause serious infections in the eyes, the stomach, the urinary tract, lungs, and even in the blood. According to a study by East Tennessee State University, “the bacteria* from pet feces is directly linked to Irritable Bowel Syndrome.”99% of all bacteria, including E. Coli, get left on the floors in the home to be spread to humans from carpets and floors, where it survives for days and even weeks.

CopperFoot and CopperPaw are the only mats that can kill 99.9% of these bacteria, as they’re made with Anti-bacterial Copper. This copper is EPA approved in the US and PMRA certified in Canada. Besides, the mats are also made with no chemicals. They have no carbon footprint and are non-toxic too.

The CopperFoot and CooperPaw Mats are made with CuVerro Shield Anti-microbial copper, which is one of the most incredible metals in the world because as soon as it makes contact with bacteria, it knows how to find the bacteria's composition and to destroy it. The way this copper destroys bacteria is by employing a multifaceted attack on it. What’s also great to know about copper is that it doesn’t lose its Antibacterial effects and can work 24/7 against harmful germ particles, not to mention it won’t become affected by the copper's natural tarnishing.

The copper in CopperFoot and CopperPaw Mats fight against bacteria by releasing copper ions. These ions push through the bacteria’s membrane and destroy the currents, which in return causes the bacteria's cells to simply shut down.

Aside from the CuVerro Shield copper from Aereus Technologies, the CopperFoot and CopperPaw Mats are also 80% made with recyclable materials, which means they can be recycled after they are no longer in use. Laboratory tests have proven that if cleaned properly [no cleaning chemicals are needed such as alcohol, cleaners, or detergent] these mats make sure 99.9% of the bacteria about to enter the home where they would be eliminated within 2 hours of touching the surface.

It should be noted that, even if built with top-notch technologies and the most effective materials known to kill bacteria, the CopperFoot and CopperPaw Mats can’t treat infections. They work only to destroy the bacteria that could spread throughout the home by stepping onto the mat first before entering the home.

With 3 options available, consumers can choose from:

For consumers who may want to know more about the CopperFoot and CopperPaw Mats can contact the company by phone or through email or by phone between the hours listed: Mon – Fri: 8 am – 12 pm, Sat: 8 am – 9 pm and Sun: 9 am – 4 pm