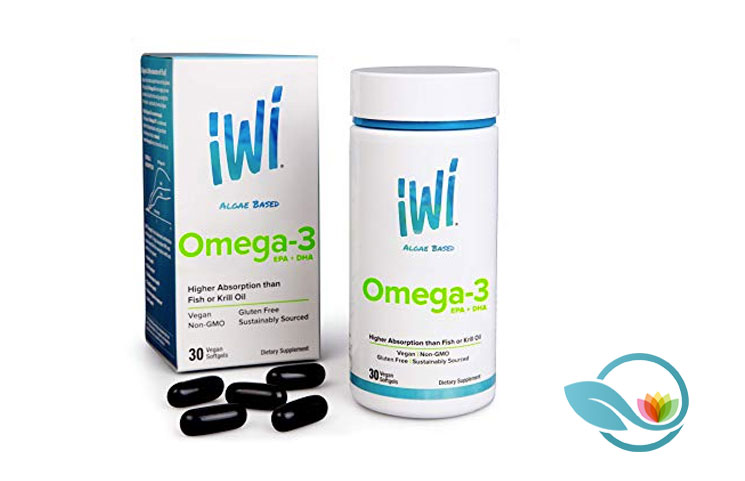 Omega-3 is a type of fatty acid that has been deemed essential in enhancing one’s brain function and development. Most importantly, existing claims suggest that it reduces the body’s triglycerides content, which are associated with the risk of a stroke.

The most traditional source of omega-3 is fish, but many brands are starting to search for vegetarian alternatives that carry much more nutrients – one of them being Iwi.

Iwi is founded on scientific findings, with emphasis on algae-derived omega-3s rather than retorting to fish. The following review will look closely at Iwi in terms of its purpose, and key ingredient, while elaborating on how it differs from traditional sources of omega-3.

What is the Iwi Algae-Based Omega-3 Oil?

As the name implies, Iwi is an algae-based omega-3 oil. Its aim is to help bring more awareness on vegetarian-based nutrients.

Iwi trusts algae to having more of a positive effective on the body than fish. According to the claims made, the effectiveness of fish and krill-based omega-3 oils tend to plateau hours later, which implies that the body is no longer absorbing the embedded nutrients.

This supposedly is not the case with algae, as the body is more accepting of its presence, allowing it to fully grasp onto its nutrients. With the latter, consumers are expected to see a positive difference in relation to their cardiovascular, neurological, immune and mental health.

Why Algae as the main source of Omega-3?

Besides the fact that the 100% vegan oil uses algae as the main source of omega-3 for increased bioavailability, another reason for choosing said ingredient is because algae is also the fuel consumed by krill, which is what fish rely on.

According to Psychology Today, spirulina (a type of algae) is rich in a wide range of nutrients that today’s multivitamins fail to contain. Interestingly, the FDA has since concluded that spirulina has an adequate source of calcium, niacin, potassium, iron, vitamin B’s, and amino acids. Its consumption has supposedly helped reduce cholesterol levels, whereas fish-based omega 3s may induce increased levels of bad cholesterol (depending on dosage).

Based on the analysis above, it is evident that algae-based omega-3s carry more nutrients than fish-based, especially considering the fact that fish themselves rely on algae for nutrition. What makes Iwi unique is its supposed AlmegaPL blend, which is said to contain phospholipids and glycolipids, both of which the body requires for optimal absorption of omega-3. Not to forget its increased EPA levels, and antioxidants profile – which aid in improving different functions of the body, while fortifying one’s defense mechanism. To learn more about Iwi’s approach towards algae consumption, click here.