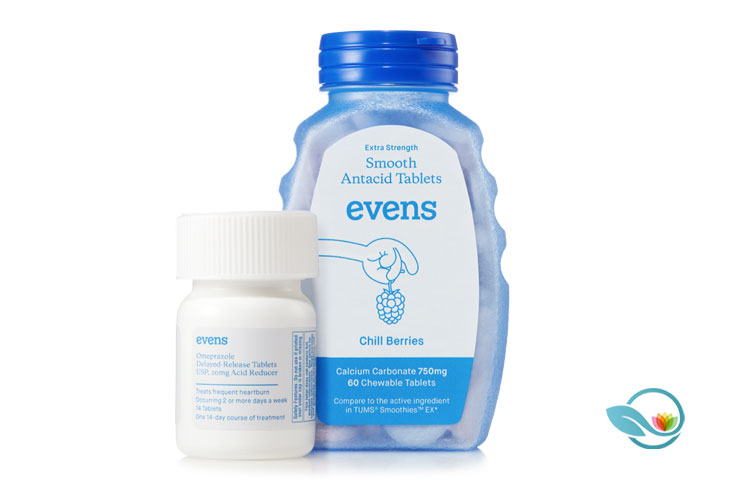 Did you know that 25 percent of Americans suffer from acid reflux? Were you aware that a common symptom is heartburn? Clearly, this is a problem that requires not only attention, but a viable solution as well. This is where evens is trusted as potentially helping consumers become healthier versions of themselves.

evens is a true believer of ridding any possible limitation in life. In particular, the creators have argued that something like heartburn, shouldn’t have to determine one’s way of life. To be more specific, if heartburn can be prevented from the beginning, then why bother with making changes or limiting food intake? Here’s how evens can be a conceivable solution:

For starters, acid reflux disease arises due to abnormalities in the stomach called hiatal hernia. Simply put, the lower esophageal sphincter (LES) closes once food has passed through it. Unfortunately, when the closure is delayed, acid is produced in the stomach, which then moves up the esophagus.

Hence, evens has been designed to eliminate gastroesophageal reflux disease and it currently does so in three ways. They include:

Omeprazole is described as a preventative medication that targets symptoms associated with acid reflux. This is achieved by limiting acid production. Their delayed release capsules ensure that the contents help to rid acid reflux symptoms over a period of time.

A tablet amidst the different options present is calcium carbonate antacids, which also rids one of acid reflux symptoms, while putting an end to one’s heartburn. It has been advised as a solution whenever the symptoms come up.

A similar product to that of Omeprazole is Esomeprazole, where the former is a capsule and the latter is a tablet. It was made with the same goals, but more specifically for preference.

The difference between OTC (over-the-counter) and Rx is that the first comes in a lower dose, while the latter is deemed suitable for consumers who need an extra strength. That said, it is best to start off with a smaller dose to assess tolerance levels prior to moving up.

For more information on acid reflux and suggestions evens may have for consumers, visit here.