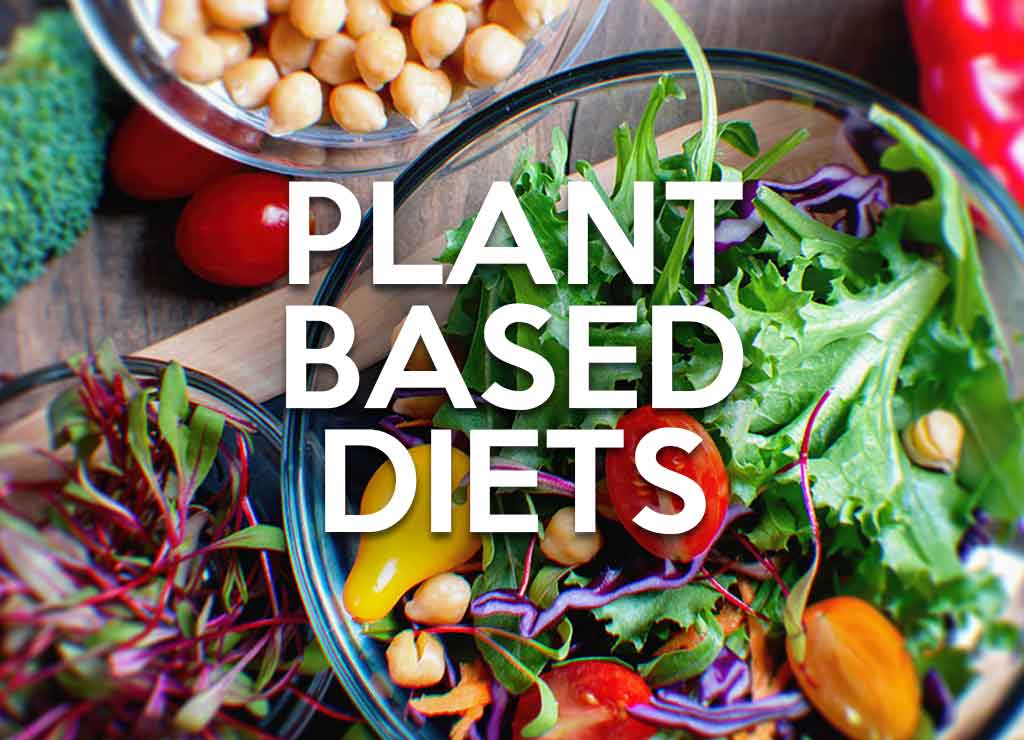 In this era of an exponential increase in various types of disease, it’s vital to include plant-based diets in your meal plan to improve health. Plant-based diets are diets that center entirely on minimally processed foods of plant source such as vegetables, fruits, legumes, herbs, seeds and whole grains.You must not depend totally on plant-based diets but it’s expected that the majority of your daily diet should come from these foods.

The Centers for Disease Control and Prevention has revealed that you can maintain optimal health by consumption of more vegetables and fruits, engaging in more fitness training and reducing the intake of high-calorie foods. Researchers have shown that a total of 8 to 10 servings of plant-based diets a day can reduce your risk of unwanted diseases and boost your health. Here are some of the amazing health benefits of plant-based diets you should know.

Plant-based diets are rich in essential vitamins and minerals that can promote skin health. It has been confirmed that the best way to maintain glowing skin is by consumption foods rich in vegetables, fruits and legumes.

Whole plant foods can supply your skin and hair the ingredients to function properly. The Academy of Nutrition and Dietetics has revealed that regular consumption of plant-based diets can reduce the symptoms of skin problems.

The carotenoids found in these diets can prevent free radical damage and improve skin healing. Additionally, the antioxidant compounds in whole plant foods can help reduce the skin issues caused by the sun.

Plant foods contain soluble fiber that can lower the amount of cholesterol the liver releases in the blood. The plant foods rich in cholesterol-lowering properties include beans, wheat bran, brussels sprouts, oats, barley and many more.

T-cells are white blood cells that play a crucial role in boosting your immune system. They are responsible for protecting your body system against harmful substances and microorganisms that could cause illnesses.

T-cells can directly attack pathogens like bacteria and viruses. There are several habits that can weaken your immune. However, consuming a whole plant food is a natural way you can employ to boost your immunity. The flavonoids found in whole plant foods can stimulate the production of immune cells.

The vitamin B6 in vegan foods can also enhance your energy levels. The fact that a whole plant food digest quickly and does not put much strain on your digestive system makes it an excellent food in boosting your energy.

The liver is an important organ in the body that process what you eat into energy and nutrients. Your liver works hard in removing harmful substances that can destroy your body.

Regular consumption of unhealthy foods can render your liver defenseless, resulting in disorders that could affect other important organs. The American Liver Foundation has confirmed that liver diseases are the fifth most common causes of early death in the world today.

The good news is that you can improve your liver health when you eat a vegan diet and participate in a regular physical exercise. Plant-based diets contain powerful compounds that remove toxic substances which can harm your liver.

Whole foods can supply your liver the nutrients it needs to repair itself. You can also prevent the risk of liver disease by avoiding foods that contain a lot of salt and iron.

The antioxidant compounds in plant-based diets can protect cells in your body from the damages caused by radiation, smoking, chemicals and other toxic substances. Scientists have shown that antioxidants can protect your body against the risk of harmful stress.

A recent study has confirmed that oxidative stress is the major cause of diseases that lead to early death. With vegan diets, you can prevent the harmful effects of oxidative stress and the risk of excessive inflammation.

Plant-based diets can also block the activity of enzymes that promote inflammation. Frequent inflammation and oxidative stress are known to increase the risk of chronic diseases.

The National Eye Institute has confirmed that some eye problems can result in a permanent loss of vision. A recent study by the Centers for Disease Control and Prevention suggests that over 3.3 million Americans aged 40 years and above are either legally blind or are with low vision.

The good news is that you can prevent the risk of vision loss by adding more vegetables and fruits in your meal plan.

The rates of obesity are increasing at a faster pace in several countries around the world due to junk foods. The world obesity rankings show that over 2 million people are obese in the United States.

The public health specialists have shown that with lifestyle changes, physical training and diet you can control obesity. Whole foods have several bioactive components that can reduce and prevent the risk of obesity.

The catechins found in plant-based diets can trigger the fat burning process in the fat cells. They can inhibit the activity of the fat-digesting enzyme that leads to obesity.

The vegan diet can be a cost-effective way to reduce the risk of several types of cancer. Researchers have confirmed that phytochemicals, fiber and minerals in plant-based diets have anti-cancer properties.

The Cancer Treatment Centers of American has indicated that women who regularly eat plant-based diets are less likely to develop breast cancer. The anti-carcinogen compounds in plant-based diets can inhibit tumor formation and destroy cancer cells.