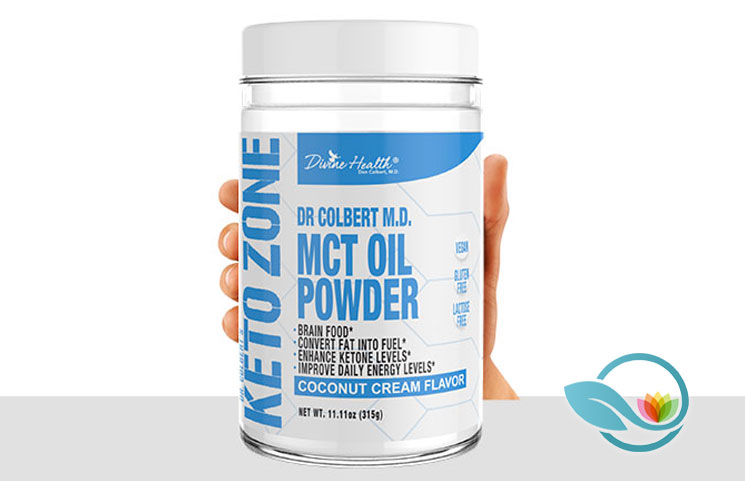 A change in diets can be difficult, especially when it comes to transitioning from a rather heavy diet to that of the ketogenic.

The Ketogenic diet heavily relies on healthy fats intake, moderate protein and little to no carbohydrates. It’ll take some time to adjust, as the latter macronutrient is what the body is used to as an energy source. With it being removed from one’s diet, the body turns to ketones instead.

This being said, said adjustment time may imply lower energy levels. Unfortunately, there’s no good that comes from low energy levels, as it has the ability to impact one’s day-to-day activities, not to mention one’s mental and emotional health.

What is Dr. Colbert’s Keto Zone?

Keto Zone is deemed an alternative to traditional creamers. It has been designed specifically for those taking part in the keto diets. This means that each use of the creamer results in increased energy that may last over extended periods of time within a day.

In addition to one’s energy level, Keto Zone can supposedly have a positive effect on one’s brain, mood and heart health, while attaining fat loss and suppressing one’s appetite. Let’s take a closer look at its ingredient(s) to make sense of the proclaimed benefits.

The foundation to Dr. Colbert’s Keto Zone is MCT Oil. MCT oil, also referred to as medium-chain triglyceride, is believed to contain medium-length chains of fat called triglycerides. It is typically extracted from coconut oil, as MCTs are typically present in the oil as fat.

According to the claims made, MCT releases two types of hormones commonly known to induce a sense of fullness, i.e. peptide YY and leptin. This explains the dietary supplement’s ability to suppress one’s appetite. This ingredient has also been tied to reducing body fat, more so in terms of one’s weight and waist circumference, eventually ridding one of the risks of heart disease.

Because of MCT’s rather short chain length, this means that it is digested easily. In return, this speeds the process of breaking down fat, hence ensuring that one’s body is fuelled. During the ketogenic diet, MCTs are apparently converted into ketones in the liver.

How much can consumers expect in terms of affordability?

One bottle of the Keto Zone powder is expected to cost roughly $35, with three and six bottles costing roughly $87 and $150 respectively.

Overall, the Keto Zone Powder appears to have some value attached and most credits go to the use of MCT. When MCT is delivered to the body, its influence creates a domino effect, which in this case is preferred. For instance, its ability to suppress one’s appetite implies controlled intake. Similarly, its ability to breakdown fat faster means fat loss, while increasing one’s energy levels, and so on.

The overall affordability seems reasonable as it reflects this respective industry’s average cost. One thing consumers should be watchful of is how much MCT is consumed. While this is suitable for ketogenic diets, those staying away from it should use it with caution. The main reason rests in the fact that MCT is fat, so increased intake on a traditional diet can lead to fat buildup in the liver.

Cocoa vs Cacao: Knowing the Differences of These Chocolate-Related Terms