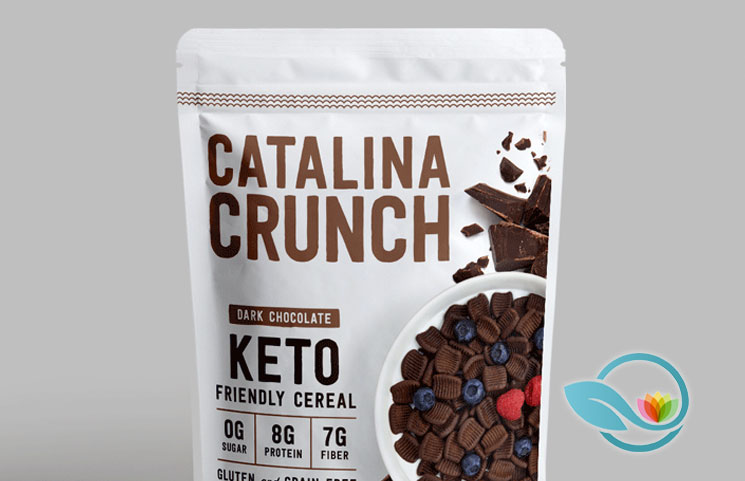 What’s the one thing weight loss enthusiasts love and can’t get enough of? It’s foods that can help them eat right, and lose weight in the process. This is the holy grail of weight loss, and something that’s incredibly coveted. It’s even better when these foods can be had as breakfast –the most important meal of the day.

The foods that can live up to these claims though, are few and far in between. Those that do are often quite expensive to maintain, while the cheaper ones don’t deliver much. However, one company has seemingly achieved this –providing affordable low calorie breakfast. Which means if it does work, you can actually enjoy a healthy, tasty breakfast that will help you lose weight.

What is Catalina Crunch?

This is a low carb chocolate cereal that contains no sugars. It’s non-GMO, 100 percent vegan cereal that has no gluten or grains. Which makes us wonder what it’s made from. Also, the company states that it’s the perfect cereal to complement your keto diet. You can easily take this with unsweetened almond milk and enjoy a healthy, tasty, low calorie breakfast.

It also contains no artificial flavors, or ingredients of any kind. Which means it’s most likely a completely plant based natural cereal with nothing else in it. If this is true, it means that it’s about the healthiest cereal you can eat.

What are the Benefits of Eating Catalina Crunch Cereals?

Keeps you fuller for longer

The company claims that it’s also a better tasting cereal than most cereals. They also state that that the fact that it’s crunchy means you won’t eat too much of it as it communicates with your brain that you’re full. As a result, not only will the volume of your calorie intake be reduced, you’ll also have the extra benefit of a very low calorie tasty breakfast. We think this is a tall claim as all cereals tend to be crunchy.

The exact ingredients used in making this cereal weren’t specified. So, we don’t know if they were made from whole grains or something else. The information on the website only said it was made from seven non-GMO plant proteins.

What they are specifically? We don’t know. Also, the founder’s name Krishna sounded quite generic. No one bears a single name in this day and age. So, it kind of weirded us out.

Honestly, there’s too much vague information about the cereal –enough to warrant a pass from us. But, if you insist on trying out their plant based cereal with claims that it will keep you lean and healthy, give it a shot. Who knows? It just might be the real thing.