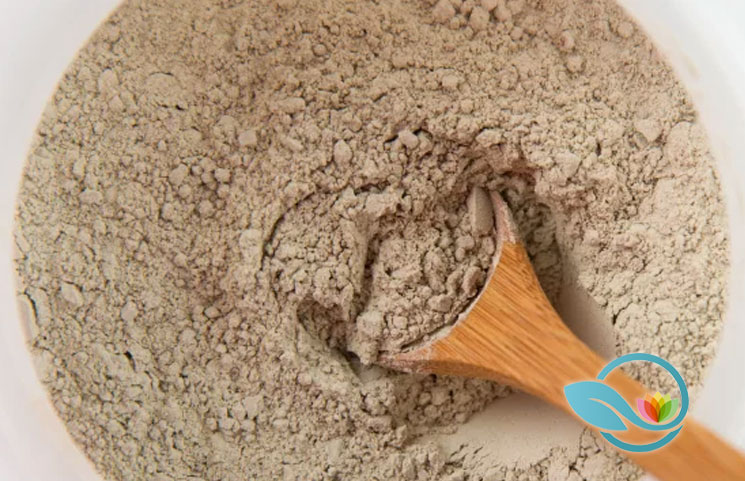 Bentonite clay has been deliberated as an alternative and natural way of healing the body internally and externally. Made of a type of volcanic ash, bentonite comes in a grey-ish cream color capable of targeting an array concerns ranging from the skin to the digestive system.

In a recent post shared by Medical News Today, 11 possible benefits of bentonite clay have been revealed. The following is an overview of what has been shared along with an assessment as to whether all benefits are in fact replicable.

1. Ridding the Body of Toxins

Of all the benefits listed, it seems like bentonite clay’s ability to rid the body of toxins has been heavily studied upon. In particular, Medical News Today has referenced three studies, which found that this respective clay has the potential to reduce the effects of a toxin called aflatoxin B1, toxicity in Ghana children, found fewer signs of said toxin in the urine and in as little as three weeks, the body had the slightest traces of aflatoxin.

It turns out that all consumers have to do was mix one teaspoon of bentonite clay into 6 to 8 ounces of water for optimal results.

Bentonite clay’s absorption levels is what promotes better skin as per the claims made. In particular, it was found that said uses aided in relieving acne and oily skin, where the latter was prevented by limiting sebum production (a natural oil produced by the body). In this case, using the clay as a face mask for 20 minutes prior to a wash could also prevent chances of pimples popping up. Within the same domain, consumers can either use it as a detox for their armpits or feet.

The reason why bentonite could aid in relieving poison ivy is merely because of the associated symptoms which is typically a rash or allergic reaction. A rather outdated study found that the clay reduced the effects that arise from coming into contact with poison ivy. Since diapers rashes fall within a similar category, bentonite is deemed helpful as well.

In terms of studies that expounded on the use of bentonite clay for diaper rush, one struck Medical News Today, as it was concluded that 93 percent of infants saw relieved rashes in as little as 6 hours followed by 90% of whom healed completely.

It is argued that bentonite can be beneficial for those experiencing constipation because of the former’s ability to attach itself onto toxins. However, due to the limited number of studies conducted, consumers should be cautious. Fortunately, this may not be the case with rotavirus, spreading of severe diarrhea to others, as the volcanic ash prevented spreading in cows in the past.

As per a study conducted on rats, bentonite appears to have reduced one’s caloric intake while increasing one’s energy level to exercise. Interestingly, this method is regarded as being more effective than the craze behind today’s high-fat diets.

This is an iffy area, as the FDA has not approved bentonite creams for skin protection. However, Medical News Today found a study that suggested its usefulness in protecting the skin from ultraviolet (UV) rays.

Given bentonite’s negative charge, it is believed to attach smoothly to lead and other heavy metals (i.e. positive charge). Said attachment is what allows the clay to rid the body of toxins altogether, which has since been found through a study conducted on wastewater.

One study has since been referenced, which concluded that the ingestion of bentonite led to the excretion of cholesterol through the stool.

Clearly, there is a vast number of suggestions for bentonite clay uses. However, as seen in the overview above, many of the benefits are either not backed up by scientific or research findings nor are they recent enough to conclude with certainty that this ingredient is beneficial. This is not to say that bentonite is bad altogether, but rather lacking evidence that it can be used for a wide range of health concerns.

Replicability of results is what consumers should consider when choosing a natural ingredient for healing purposes, as this implies that more than one study has found similar results, which in turn could mean good things for the body. Interestingly, Medical News Today also reported that the FDA has since warned consumers of its uses, as bentonite itself may contain traces of heavily metal.

In conclusion, consumers should either limit said uses or avoid it all together until further notice. If consumers are confident in bentonite’s ability to heal, then the best practice would be to drink plenty of water, as per Medical News Today.