Intermittent Fasting Becomes Most Popular Diet According to the IFIC 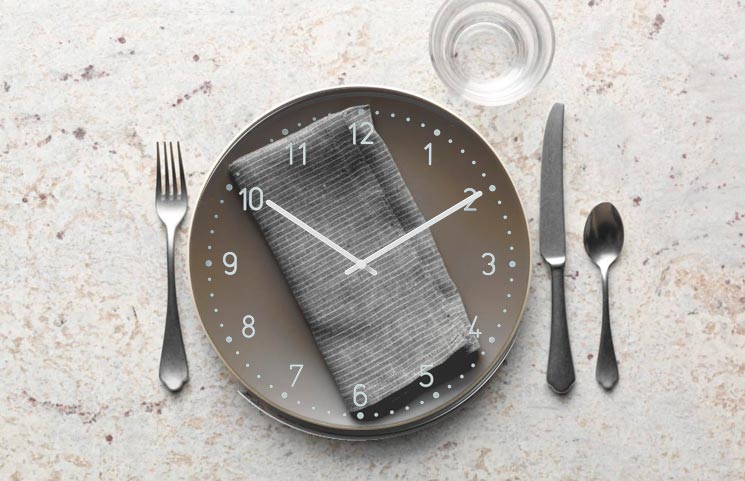 It seems that 2020 got more Americans on diets than last year. However, their new eating patterns are going to pose a problem for food manufacturers who are usually selling to buyers making easy callouts when it comes to what they’re consuming. Certain ingredients and nutrients are no longer as emphasized as they used to be..

What Did the IFIC Survey Discover.

The latest yearly Food and Health Survey from the International Food Information Council (IFIC) says that now, 43% of people in the US claim to follow specific diets or eating patterns. In 2019, their percentage was 38%, whereas in 2018, only 36%. While last year the focus was on clean eating and a year before on the keto diet, now everyone does intermittent fasting. The 2018 and 2019 dieting trends were all about ingredients and specific foods, whereas the 2020 one is centered around eating anything during a certain period of the day, only to eat nothing at all for the rest of the time. The survey was conducted at the beginning of April. It seems that around 10% of the 1,000 questioned Americans between 18 and 80 years of age went for intermittent fasting, which made this diet became the most popular. 9% are following keto and 8% prefer high fat. These results are not at all market friendly.

56% of the surveyed people and who are older than 35 say they’re following a diet because they want to lose weight. Those under 35 said they’re dieting because they’re trying to get healthier, to feel more energetic and to look good, also to protect their health in the long run and to prevent their body from gaining weight. According to IFIC’s research and nutrition director, Ali Webster, people’s motivations vary among different demographics. 45% of the women said they’re motivated to protect their health in the long run, whereas only 29% of the men said they want the same thing. Differences appeared according to relationship status too, with 44% of the singles and 28% of the ones involved in a relationship claiming they want to lose weight. Health plans or employers’ incentives have little influence on the respondents, says the IFIC..

More Motivated by Health Reasons than By Losing Weight.

While losing weight is one of the main motivators for people to adopt new diets, the IFIC discovered that more Americans do it rather to have a healthy life than to be slimmer. Here’s what the survey reads on this:

“Nearly six in 10 Americans also say the emphasis they place on their overall health when making decisions about what to eat and drink has increased, surpassing the emphasis placed simply on one’s weight.”

However, the difference between the weight loss and healthfulness groups is not big, as 80% of the respondents said they’re focused on health, and 70% of them mentioned they put an emphasis on weight loss. The results of the same survey from 10 years ago had 60% of the respondents worried about health and 50% about weight. In spite of giving a lot of importance to how healthy they are or how much they weigh, Americans seem to still be influenced by taste and prices of foods when choosing a diet, the IFIC discovered.