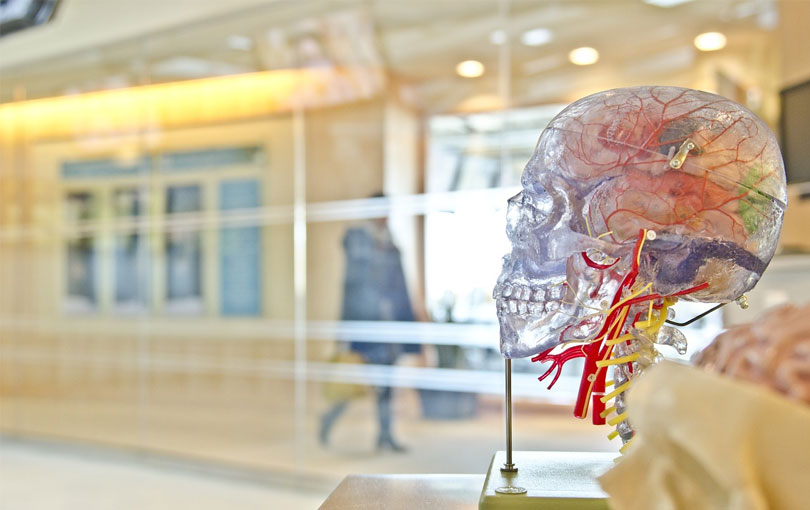 In a recent interview with Christine Rosenbloom, Ph.D. — co-author of Food & Fitness After 50 — she spoke quite candidly about aging and how she, as a person of advanced age, thinks about the term “fitness”. In her view, aging is a natural phenomenon that one needs to face dynamically, such that as and when new situations arise (body pains, etc), an individual has the capacity to transmute his/her way of being accordingly. She also added:

A somewhat similar opinion is shared by the Head of the American Association of Naturopathic Physicians, Robert Kachko, who is a firm believer in the concept of “graceful aging” — wherein individuals clearly understand the restrictions of their bodies as they continue to the get older and therefore remain open to any changes that they may have to face in the future.

With that being said, aging is a tough pill to swallow and many people all over the globe have, in recent years, started to resort to medical treatments in order to deny this stark reality of their existence.

Some stats and facts worth considering

Even though matters related to bone health are largely relegated to the background when people discuss health issues these days, as per data released by the National Osteoporosis Foundation (NOF), osteoporosis is one of the biggest public health threats in the United States — with the research body estimating that a minimum of 54 million Americans will face the problem at some stage in their life.

To be a bit more specific, the study also claims that:

In regard to men, the research article outlines that one in four individuals will break a bone due to osteoporosis-related issues at least once in their lifetime.

Commenting on this problem of osteoporosis and how these bone-related issues come to be, Kachko believes that such chronic conditions usually arise as a result of genetic influence as well as environmental exposure. Speaking about the more technical aspects of the ailment, Kachko went on to add that the genetic side of things accounts for 60% of the disease while one’s lifestyle habits make up the remaining 40%. In addition to this, he further added:

“If we do the right things, we can turn on the good genes or turn off the bad genes.”

Other pointers that Kachko believes everyone over the age of 50 should bear in mind include:

Providing her thoughts on the matter, Rosenbloom added that while it is good that people are giving importance to boosting their daily calcium and vitamin D intake, in her eyes they do a disservice when that’s all they think about. On the subject, she opined:

“You don’t want to look at just one supplement; you want to look at all of them. For example, vitamin C is an important cofactor for our bodies to produce collagen, and potassium is important to buffer the acidity in our bodies. Magnesium affects parathyroid secretion, and if your parathyroid levels are too high or too low, the hormone imbalance can affect bone health. “

Also providing his thoughts on the matter, Luke Huber, VP for the CRN (Council for Responsible Nutrition), was recently quoted as saying that more and more research in recent times seems to be pointing to the fact that ”vitamin K2 may also play a big role in supporting bone health.” This is because controlled amounts of the compound help in the promotion of osteocalcin carboxylation — a process that strengthens our bones.

Not only that, Huber also believes that minerals like calcium, magnesium when taken in conjunction with vitamin D and vitamin K2 menaquinone-7, have a massive impact on the body’s capacity to increase its bone mineralization rate.

Other essential nutrients that have been medically shown to influence the body’s skeletal growth and recovery capacity include:

Selenium + tyrosine: They help in maximizing the functional capacity of an individual's thyroid gland — thus allowing for improved bone recovery.

Iodine and Turmeric: These two ingredients are commonly found in food items consumed by people living in South East Asia since they have been found to not only promote bone health but also reduce inflammation levels.

Traditionally, our elders have always told us that it is essential for people to consume adequate levels of calcium and vitamin D as they age, so that their bones can remain healthy and fit. However, recent scientific data has shown that comparatively younger individuals — especially those between the ages of 35-54 — too are susceptible to bone related problems. In regard to the subject, Kachko was recently quoted as saying:

“People have a lot of trouble engaging in practices 20-30 years in advance of developing a condition.”

Similarly, Rosenbloom also agrees with Kachko’s above mentioned assertion and thinks that more and more younger people need to be taught about the various ways in which they can maximize their bone health. Speaking from a technical standpoint, she added that it is essential everyone strives to maintain their “peak bone mass”, since in her view, once a person crosses the age of 30, one’s bones start to lose their ability to build new mass. Rosenbloom also opined that when it comes to women, bone mass plateaus in their 40s, following which rapid bone loss occurs — especially during the first five years after menopause.

Some key takeaways outlined by Rosenbloom:

The Supplement Market Needs to Evolve

In recent years, most experts from within the scientific community have come to a consensus that calcium and Vitamin D alone cannot ensure bone health but rather, they need to be ingested in conjunction with other active agents. In this regard, Kachko believes that supplement manufacturers need to become more aware about ingredients such as vitamin K2 and magnesium.

Providing his insights on the matter, Huber notes that with each passing year, more and more companies are starting to pay more attention to the evolving needs of their customers. For example, a lot of supplement manufacturing outfits have started to make use of novel and alternative delivery forms for their products — such as gummies or chewables, thereby allowing people to receive adequate levels of nutrition in a manner that is easy to consume.

Lastly, in a recent interview, Holly E. Johnson, CSO for the American Herbal Products Association (AHPA; Silver Spring, MD), spoke candidly about minerals being sourced from plants rather than chemicals. In her view, the vitamins and minerals important to maintaining a healthy bone structure can easily be derived from common ingredients such as flax seeds, almonds, sunflower seeds, and asparagus. All of these items contain high levels of silica — a compound that is known for its immense bone strengthening properties.

As the global supplement market continues to evolve, people are beginning to understand that Calcium — a compound that is primarily thought to be present in dairy items — is also found abundantly in various leafy greens, beans, nettle leaf, etc. Thus, when choosing a product for oneself, users should do a bit of self research and try to acquire items that are as natural and bioavailable as possible.

60 Minutes ‘Do Probiotics Actually Do Anything’ Episode Causes “Frustrating” Reactions

Intermittent Fasting Becomes Most Popular Diet According to the IFIC